Cleanfeed is the system BT (British Telecom) has set up a few years ago. It's main goal is to block content to sites listed on the Internet Watch Foundation’s “Child Abuse Images” database.

As of a few days ago BT will now be obliged to use their Cleanfeed system to block Newzbin2.

So I found this page called Cleanfeed: the facts which explains what Cleanfeed is supposed to be.

If the URL of the web request exactly matches a URL in the database BT impersonates the destination web server and returns a HTTP 404 status code, which will cause a web browser to display a “Not found” message to the user. 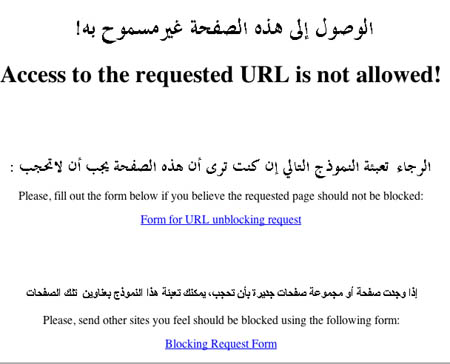 It's interesting because even in Saudi Arabia they inform users when they are blocked by government filtering. Cleanfeed will not block web traffic carried over any port other than port 80

As a matter of fact, Cleanfeed will not block anything that is not specifically HTTP over port 80, in other words ONLY non-encrypted standard web content.

BT does not log the IP addresses of users whose traffic is an attempt to reach a listed URL.

Scope creep is a serious risk

It can seem as if BT does not want to filter such content (alleged copyrighted stuff), probably not so much for ethical reasons as much as technical and commercial reasons, indeed, if BT is now the only ISP that has to block Newzbin2.... .. .

So, will BT cancel the project ?