The Streisand Effect strikes again, and again this is the result of censorship and repression. This time it's Erdoğan's turn.

Erdoğan has asked experts to study Tolkien's work to determine whether a comparison with Gollum is an insult. Court was interrupted today because the judge hasn't heard of Lord of the Rings, so they are waiting on the experts opinion before going further. 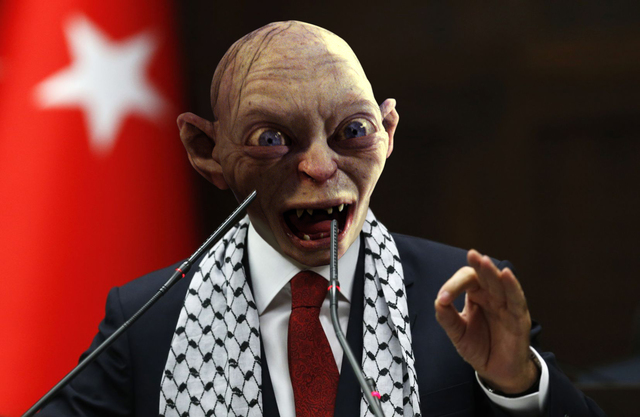 Erdogan by myphotoshopaccount (with Gollum)

This started when Bilgin Çiftçi was fired from his job working for health services in Turkey, the reason being that he had posted images comparing Erdoğan with Gollum. Now he risks prison time for insulting "his Precious". It seems that it's illegal to insult Erdoğan the Precious.

Peter Jackson, director of the movies Lord of the Rings, weighed in. He explained that the images used by Bilgin Çiftçi (see below) in his comparison are of Sméagol and not Gollum. Sméagol is the kind alter-ego of Gollum.