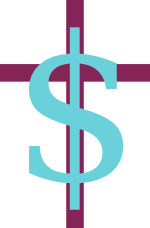 The more time goes by the more I feel money is not only evil, but also a device that is blocking our society from evolving properly. I'm sure everyone does at some point. I wanted to write a complete and long post about what I think, but that might take years before it happens. So I'll just write a few things when I can, like now.

If religion has any practical purposes it would be to help people cope with living in a world they don't understand, but also to help create a sense of fairness, community and order. Even if the intentions where initially good, it obviously got out of hand. Religion has been used for a long time to control people.

Money's practical usage is to enable people to exchange services and goods in complex and indirect ways. Barter can't work in our world for this purpose.

The problem with money nowadays is that it is completely disconnected from any kind of reality. What most people earn has nothing to do with the hardship they put in their work. How can some people earn 100 times more than others ? Do they work 100 times more ? What about those with 2 jobs who still struggle to pay their bills ? How does that work ?

The financial crisis and the economy are also a fun couple who have nothing in common. While we produce way more food and iphones than we could ever consume we still manage to have people who can't afford food or iphones.

The only sense I can make out of this is that money is a way to control people. Money is what allows our society to keep everyone scared and working hard. Most of us benefit from it, but not nearly as much as the very few that pull the strings. The dream of climbing up the societal ladder (which strangely reminds of something very biblical) is there to keep everyone's faith in working order.

Religion can only have any effect on society if enough people believe in it. It's the same thing with money.

Update:I feel a need to clarify thoughts on religion. This post isn't an attack on people's personal belief in any religion. I understand that religion can help certain people cope with the unanswerable questions, I also don't think that attacking people's beliefs is constructive. However I think the authority that can come with certain ways of practicing religion has been used to control populations.