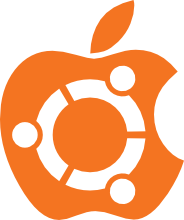 If you haven't heard by now, then here's the news, Ubuntu is developing their own display server (Mir) to replace X. The fun part is that their already is a replacement been under development called Wayland.

The result of this has been a bit of drama. On one side there's the Free Software and Open Source community wondering what's the purpose of writing their own new display server when there's already a replacement under way. On the other side Ubuntu (or should I say Canonical LTD) explains why not Wayland. I'll admit I didn't really get the explanation but the fact they mentioned "user experience" (twice) as being half of the reason leaves me unconvinced. It sounds more like marketing talk rather than technical and/or practical explanations.

Regardless, Ubuntu and Canonical can do what they want, it's obviously their right to freely develop the software they desire. However work on Mir has been ongoing in secret for about a year, they have not communicated with those working on Wayland. Because the software is Free it's more productive to seek a more economic route, on a development time point of view as well as device support. Perhaps Canonical's idea of a display server is too deeply different to be able to share anything with Wayland, that's always possible.

Many suggest that Nvidia, AMD and others will develop proprietary drivers for only one display server. If so they would probably only do so for Mir because Ubuntu will use Mir and Steam runs on Ubuntu (mainly) and that's where the non-Windows gamers are most numerous. This could also impact other usages that may require proper graphic controller drivers.

This would be perfect for creating a divide between GNU/Linux and Ubuntu. If Mir actually works then GNU/Linux users may have to dual boot with Ubuntu to play games or use certain programs that will only work with the proprietary drivers (that may depend on how Ubuntu deals with Restricted Boot).

It seems as if the primary goal of Mir is for Canonical to have total control over the display server, like with Unity. It can be easier to implement new cool things just like it's easier for Ubuntu to implement profit generating software for Canonical (the Isle of Man based company behind Ubuntu) like the Amazon desktop search.

Yes Mir and Unity are Free Software, however they are the only ones using it and the development isn't always done in the open. To really know we'll have to see where it goes, but for now I am suspicious about either hidden "features" or even non-free bits that may be needed to comply with Steam, Nvidia, Spotify and/or others willing to work with Ubuntu to get their proprietary and DRM'd products on "Linux". I wouldn't be surprised if Mir has been developed to conform to DRM, that would explain "why not Wayland" much better.

Ubuntu has seduced many advanced users who in turn have helped novices into operating a Free system on their computers. Even I have told friends who aren't computer proficient to try out Ubuntu, because it was easy. Then I read what Mark thinks the 'leet' think: ‘Linux is supposed to be hard so it’s exclusive’ is just the dumbest thing that a smart person could say. I've never heard anyone say such a thing, so yes it is a dumb thing to say. This feels like a way to divide the community into those who enjoy raw computing, making them appear as condescending, stubborn and elitist and those who want their computers to "just work". The truth is that the real '1337' wants GNU/Linux systems to be easy and adaptable to whoever the user may be. Gentoo is easy for those who want to compile everything all the time, they made even that kind of computing easy. I use Debian because it's easy, really it's the lazy admin's choice. I don't think there's a distro out there trying to make using GNU/Linux difficult.

Maybe the oversight that comes from the "leet" users is something that doesn't always help Ubuntu's image and perhaps it's time to shake off these drama loving idealistic hippies who helped make Ubuntu popular by bringing their non-geek friends to the club (and helping them find workarounds that were necessary to make Ubuntu work).

I feel that the Ubuntu Community is becoming less important to the Ubuntu project, now it's Canonical that counts most.

Further down in that that same blog post from Mark, which was originally about release frequency, he takes a little dump on "pure community": There are lots of pure community distro’s. And wow, they are full of politics, spite, frustration, venality and disappointment. Obvious response: doesn't that sum up Ubuntu ?

Mark then suggests that a GNU/Linux distribution needs a private company because without corporate leadership Free Software projects can't function properly. In fact, in most of the pure-community projects I’ve watched and participated in, the biggest meme is ‘if only we had someone that could do the heavy lifting’. Ubuntu has that in Canonical – and the combination of our joint efforts has become the most popular platform for Linux fans. It's funny because Ubuntu highly relies completely on a 100% community driven project (Debian), it's been stable enough to base their whole distribution on it. It's funny because Ubuntu runs almost entirely using software from non-Ubuntu projects, many of which are corporate-less.

And also, Saying that Ubuntu is the most popular platform for Linux fans is like saying the Toyota Camry is most popular car for automobile enthusiasts.

Even finding the word "Linux" on the Ubuntu website isn't easy, it's mostly reserved for the FAQs and help pages, it's even worse for the term "GNU". Ubuntu is not for "Linux fans", it's for people who want a Free-ish system to be made easy (nothing wrong with that).

Personally I really admire projects that have no corporate control, generally their software is user orientated and has no benefit in deceiving its users. You also get to avoid things like the MySQL fiasco... .. .

Now that Ubuntu has gained sufficient momentum it is time for them to leave their core users, the "Think Different" users, and go for the mass. Canonical realises that if they want a phone company (device or service) to distribute their OS, they're going to have to make some dirty deals. Deals that will compromise the Freedom of the user.