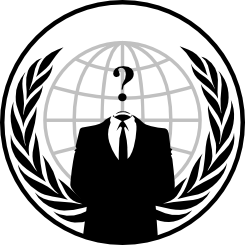 I found out today (via TechDirt via Asher_Wolf) that a French company called Early Flicker has applied to trademark the Anonymous logo.

Besides the fact that this is probably a really bad idea, it goes to show how immoral people can be. Indeed trying to protect a logo from being used by others is one thing if you are the creator/owner of that logo, doing so for a logo created by others is probably as low as it gets when it comes to trademarking.

The Anonymous emblem is already in the public domain, so anyone is allowed to use it for any purpose without any conditions.

Early Flicker sells via Ebay but apparently operates pickapop.fr. I never heard of them before today and would of course avoid them, it's quite low to try to privatise public property.

Update: There are 2 brands that have been registered. You can view them in the INPI website by going to bases-marques.inpi.fr and searching for "Anonymous" or by numbers, 3897980 and 3897981. If you feel the courage you can click on "Signalez une erreur sur cette notice" to report the issue to the INPI (thanks Rike for the update).

Update 2: The owner of pickapop.fr has replied by replacing the content of their website with this message (copied to Pastebin because..). The short version is that Auffret claims that he had no bad intentions and proof is that he has not sued anyone. He also goes on to saying that he could have used CC or some other license etc etc.

I think it's just a lame attempt to recover from all the negative attention he's been getting over the past few days. The fact that he hasn't bothered/sued/etc anyone looks more like an attempt to try to keep the fact that he did register the brand secret.

Update 3: I just called the INPI, they told me that trademarking something in the public domain is legal as long as it contains an extra element. In this case, the logo itself is not protected by this trolling trademark, however the Anonymous logo and the text Anonymous
We are Anonymous. We are Legion. We do not forgive. We do not forget. Expect us. together is proteced by French trademark law.

Update 4: After a discussion on IRC between Anonymous and Apollinaire Auffret from Early Flicker, Auffret agreed to let go of both trademarks 3897980 and 3897981 registered at the INPI (Institut National de la Propriété Industrielle).