Lately there have been more and more attempts to legislate, censor and control the Internet and with that many protests to counter these measures. There are also more and new groups and political parties that advocate Internet freedoms, freedom of speech and all that stuff. Even some website that wants to have a "Bat signal" to gather activists when action is needed.

There are a few things that have been bothering me for quite some time now, if you already understand how we ended up with the Internet we have today you may skip to the end. 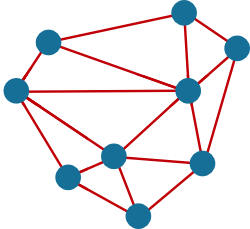 Internet was designed to be a global distributed network, which means no central point of failure or governance. Having a decentralised network was key in the design, this made it virtually impossible to shut down communications between peers as there would be many different possible routes from point A to B.

Before 2000 it seemed normal or at least common for people to host their own services even at home on their desktop computer.. Even though things like AOL, Hotmail and other such services existed, censoring and/or controlling the Internet was nearly impossible. People used so many different email providers, different search engines and various forums and chatrooms, the users were scattered all over the place.

The network slowly concentrated in to bigger centres. Some services grew and became better and better to a point were their names became synonym for the type of service they initially provided. Some extended their services to new domains, like that search engine who quickly understood that user data was the real money maker. They offered to capture user data as a service, they called it "email with unlimited space". People loved it so much that the other providers had to follow the same path or risk extinction. It became the most popular way of monetizing the Internet.

Later on newcomers landed directly on this new world of "ad-supported data violating web based services" and saw it as normal Interweb procedure. Meanwhile many "computer geeks" abandoned their personal servers and signed up for FaceSpace+ accounts, with that the wild west style communities started to die off, their users were outraged by any web page that did not have Ajax effects or OMG kittens. The first battles in the war on Digital Autonomy and Freedom were lost to fancy user interfaces and pokes. 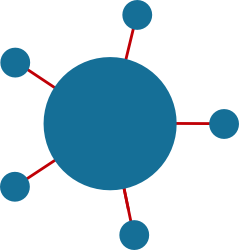 It's very simple, most users rely on one major search engine to tell them where to go, the same company provides them communication tools (email, chat), news aggregation, maps, calendars, document editors, etc etc. If you look at the top 500 global sites (according to Alexa) you can see that most of the biggest sites are all owned by a very small club.

Internet services are mostly centralised. It is now easier than ever to censor content on the Internet, Twitter accepts per country censorship on their network. Google has been complying too. In this case I am not judging Twitter and Google on their censorship policies and/or methods, they are quite open about this unlike others we might not always hear about.

This shows how easy it has become to control what information gets propagated on the Internet. Countries like Egypt may find it more effective to censor Tweets and Google searches rather than pulling the plug on the whole Internet. This more discreet approach should have something closer to the desired effect, indeed censorship works best when it goes unnoticed.

Most Internet users nowadays have all their emails read by robots/scripts which then find the most appropriate advertisement to incorporate to their webmail page. Most of the data we feed into the machine gets mashed up into data that is sold to marketing researchers. If you don't have an account with any of these companies, you might still be feeding them copious amounts of data via cookies, analytics and other types of embeded web content.

It is nearly impossible nowadays to visit a web page that does not ask your browser to retrieve data from other sites. Even a simple image embeded to a website will provide useful statistics. True story, some random guy once linked to an image from my website for his site's footer, I suddenly had his complete visitor statistics.

Imagine how much more can be done from a company that owns an incredible amount of very popular websites and provides many analytical services to a point where almost every website visited implies a request to at least one of their servers. Now imagine that a lot of the people running around on this Internet are logged in to this big company's services and are hence personally trackable among almost all the sites they visit.

One of the goals of all this is to provide "tailored content", not the advertisements that happen to match your recent conversations, but your actual search results, news, etc. You might not have the same results using Google as someone sitting right next to you. Some say this is good, others say this is evil. I say is that it's a demonstration of what is technically possible today and it should make you react.

The main reason why any of those CISPA/ACTA/PIPA/SOPA/CABANA things could affect the Internet is because of the way most of us use the Internet. Being mainly passive users has made it technically possible to apply very creepy legislation. I see these protests mainly as a wake up call for people to start changing their habits and to take the Internet back.

A few things many movements that try to defend and promote Freedom, Internet freedom, Free speech or any variant of those things need to start doing are:

Just one more thing, when Facebook, Twitter or some site like that starts acting weird, remember this: Their terms of Service allow them to do pretty much anything and you agreed to them (if you have an account). They do not owe you anything because you are not the customer, you are the product.

I feel sad sight when I see organisations like Demand Progress ask their subscribers to sign a letter to ask Facebook to stop supporting CISPA. Instead of trying in vain to change the corporation, do what these fine people did when Godaddy supported SOPA, change your habits.

What you do counts more than what you sign.